If you are looking to hire our talented celebrity impersonators, then please call us at 416-635-6925 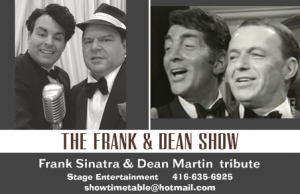 Glen headlined Yuk Yuks Toronto (1976-82). His TV appearances include the Alan Hamel show (CTV), Comic Shop (TVO) and Look Who’s New (CBC). His razor-sharp impressions and song parodies make him a unique, versatile and hilarious stand up comedian. Glen Griffith also was invited to the Donald Trump impression contest at the Laugh Factory in Hollywood, CA for which he received much coverage on CNN.

Austin Powers played by Christian who has been a professional actor and Impersonator for the last 15 years he has performed for such companies as WestJet and Air Canada Royal Bank, TD Bank and many many others he has high energy and is a very well known industry performer.

We have a wide selection of celebrities that suits your needs. Our impersonators are known to impress the audiences with great pleasure and are energetic. You came to the right place since we are number 1 in Toronto, Hamilton, Niagara Falls and who wouldn’t prefer having the best celebrity go to you.